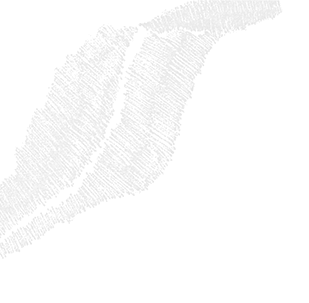 Best Surfing Beaches in the Algarve|

Portugal has a close relationship with the sea, for Luís Vaz de Camões called it "the western beach of Lusitania". It is such a close relationship that it was from here that the discoveries around the world began, and it is still the place from which we obtain the products that are part of our gastronomy. It could have been the Portuguese who took the first steps in surfing, but the truth is that this sport began in Western Polynesia and later spread across the American continent in the 18th century. In Portugal, surfing arrived in the 1920s in Leça da Palmeira. Various accounts were found of men riding the waves with a board. After 25 April, surfing became a regular practice on national beaches, including of course the beaches of the Algarve.

Do you know the rules of surfing etiquette?

Even before you start your journey to the best surf beaches in the Algarve in the western area, you should know that although surfing can be a solitary sport, there are rules of etiquette that you must take seriously. These rules prevent accidents and can be applied at any surfing beach in the world.

1- Priority should be given to the surfer closest to the wave crest; do not catch another surfer's wave. It is extremely dangerous.

2- Always keep control of your surfboard.

4- If you already know these and other surfing rules, pass them on to beginners.

Get to know the best surf spots in the Algarve now. Have fun surfing a wave just a few minutes away from Jardim da Meia Praia or discover the Costa Vicentina for more demanding challenges and waves.

(This beach is 3 minutes away from your resort)

Meia Praia is one of the largest beaches in the region. It starts in Lagos and ends at the border with Alvor. Various water sports activities take place on this beach throughout the summer, but countless families also gather here to enjoy the Algarve sun. It is one of the most sought-after places to learn to surf in the Algarve because the sea is calm, but the winds are favourable for the waves to gain strength. If you want to dare to practise this sport without the help of surf schools, just look around the sea to see if there are other surfers in the water. Even if the practice seems simple, you should always learn some moves and the sea conditions from those who know. Visit a surf school in Lagos, near Meia Praia.

(The beach is 14 minutes away from your resort)

Another of the Algarve's quiet beaches, ideal for those learning to surf. This south-facing beach always works well if you hit the right north swell, and offshore winds are not uncommon either. The seabed is sandy, so there's no danger of hurting yourself on the rocks. Compared to Meia Praia, Porto Mós does not have such a large sandy area, so it will be difficult to get away from the bathers in summer. Prefer autumn, winter and early spring to plunge into the sea at this beach. Learn to surf in the calm waters of Porto Mós with this surf school. (This beach is 39 minutes from the resort)

Are three kilometres of sand enough to convince you to visit one of the most beautiful beaches in the region? What if we told you that flat seas are rare? A 40-minute drive is no sacrifice when you come to Bordeira beach and find one of the most sought-after spots for beginners and surfing pros alike. Here, the waves can reach between sixty centimetres and four metres, and the sea breeze is excellent for catching waves. If you are a beginner, you should avoid the left end of the beach. Learn to surf at this Algarve beach by booking lessons at this surf school.

(Amado Beach is 43 minutes away from Jardim da Meia Praia)

It is one of the most famous beaches among surfers. Surfers from all over the world come here to enjoy the beauty of a beach surrounded by three valleys, walking paths and viewpoints. The quality of the surfing beach is attracting an increasing number of surfers. The swell is constant here, whether in winter or summer; keep an eye out for the rocks hidden in the sand. Ask at the surf school on the beach where you can best throw your board into the sea. If you prefer to learn with qualified instructors, make an appointment with this surf school in advance.

(Praia da Arrifana is 42 minutes from the resort)

Because of its nearly 10-kilometre-long bay, which protects the beach from north winds but faces west, this is one of the easiest beaches to surf on the Costa Vicentina. Here, the "beach break" offers wave crests along its entire length, and the seabed is sandy, making it safe for beginners. Perhaps the biggest fault of this beach is its popularity. At the same time, there are several surfers and surf schools on the sea, which could be a problem. If you arrive early, you might be able to avoid the surf schools. See where you can learn to surf at Arrifana beach.

You can go surfing in the Algarve while also relaxing at Jardim da Meia Praia now that you know some of the best surf spots.